Australia is a land of varietal wines. True, it has always made blends too, but the emphasis ever since the table wine boom of the late 1960s has been on wines of a single variety: Riesling or Semillon, Shiraz or Cabernet Sauvignon, and more recently both Chardonnay and Pinot Noir. Even the tough Cabernet is more often than not unblended. And let’s not forget Sauvignon Blanc and Pinot Gris.

The country’s first ‘export boom’, however – to Britain in the 19th century – was achieved on the back of red blends, chiefly composed of Grenache, Shiraz and Mataro (aka Mourvèdre), from the warm regions of South Australia. These were hearty, full-bodied, high-alcohol wines that were robust enough to survive the long sea voyage in barrels.

But since those heady days, Grenache has been a somewhat neglected, even maligned grape in Australia. After the ‘discovery’ of small new-oak barrels in the 1990s, Grenache was further mistreated by being given too much oak and was vinified much like Shiraz, with overextraction, tannin addition, acidification and other vinous crimes.

In the 21st century, a newer generation of winemakers has reinvented Grenache and Grenache blends. The grapes are harvested at optimal maturity – neither overripe, nor the green underripe products of overcropped, overwatered vines – and the wines have been vinified with less extraction, often with a proportion of whole bunches, and matured for shorter periods in older and larger-format oak such as foudres and demimuids. Then they’re often bottled earlier to retain freshness and primary fruit. The tannins are soft and silky, which means earlier drinkability, while whole-bunch treatment enhances both the texture and the aromatics. This change has happened both with straight Grenache wines, as well as with Rhône-style blends.

Mature, dry-grown vines, the Grenache often untrellised, can produce great depth of flavour and character, as exemplified by many of these wines

The blends that have historically hogged the spotlight have been Shiraz-driven wines, of which there are many fine examples, not least Penfolds Bin 138. But Shiraz is a powerful grape that can easily dominate a blend, and this can result in wines that often differ little from pure Shiraz. The 20 wines I have chosen to review here are wines that not only have Grenache as the lead variety but that also taste more of Grenache than Shiraz or any other variety. They’re wines of distinctive personality.

Those younger-generation producers are also celebrating and showcasing the very old vines with which they are privileged to work. Mature, dry-grown vines, the Grenache often untrellised, can produce great depth of flavour and character, as exemplified by many of these wines.

Because of their terroir – their soils, mesoclimates and other site factors – as well as their patrimony of very mature vines, McLaren Vale and the Barossa are the two regions that dominate provenance. Fourteen of my 20 come from the Barossa, including two from Eden Valley; the other six are from McLaren Vale. Other regions such as the Clare Valley also make fine blends, but the fact that I simply used the highest-scoring, recently tasted wines in my database says it all.

Grenache needs a certain amount of heat, and as climate change progresses, more southerly regions, finding that they can ripen these grapes more consistently than in the past, are starting to produce smart wines. They include Mount Mary Vineyard in the Yarra Valley and Dogrock Vineyard in the Victorian Pyrenees. Grenache also thrives in drier conditions than most grapes, and since growers are increasingly keen to minimise irrigation water usage, Grenache is increasingly embraced in South Australia’s arid Riverland. Its future looks bright.

Other grapes – such as Tempranillo, Graciano, Touriga and Cinsault – are being blended with Grenache, but Mataro and Shiraz are secure as its favoured partners. Both bring backbone and grip, as well as their own particular assortments of spices. The symbiosis that has long been obvious in the southern Rhône endures for very good reason.

20 of the best Australian Grenache-based blends

The Riverina-based Calabria family has been quite expansionist of late, buying McWilliam’s in 2021 and its Barossa vineyards some years earlier. This lovely wine has just medium depth of… Read More

Z Wine is a newish venture run by the Zerk sisters, Janelle and Kristen. They have access to some very old vines, and sumptuous depth and richness are the… Read More

Seppeltsfield owner Warren Randall is reportedly the biggest individual vineyard owner in the Barossa, Clare and McLaren Vale regions. This is a bright young red that will appeal to… Read More

This blend is 65% Grenache, 25% Mourvèdre, and 10% Syrah, with 25% of the grapes whole-bunch fermented. This is a beautifully detailed wine, with almost ethereal aromas of sweet… Read More

From Zar and Elena Brooks, this is a powerful wine packed full of interest. Mixed spices including liquorice, mocha, black fruits and ironstone. It’s a real mouthful, intense and… Read More

Avatar is essentially the same wine as the one that started it all for Teusner, Joshua, which is unwooded and released a year younger. The bouquet here has a… Read More

Unlike a lot of Aussie GSMs, this is mostly Grenache (about 75%) and really showcases the grape, while the potentially domineering Shiraz is less than 10%. With a brilliant… Read More

Cinsault is commonly grown in the southern Rhône but rarely in Australia. This blend of Grenache, Shiraz, Mataro and Cinsault is a rare exception. It is an imposing wine… Read More

Grenache and Grenacheled blends respond best to larger and older oak, so this has been matured in foudres. The Steading is one of the more elegant wines from a… Read More

D’Arenberg makes a number of Grenaches and Grenachebased blends; this one sits at the top of the totem and is unabashedly built to last. The colour is deep, dark… Read More

Hutton Vale is owned by the Angas family, descendants of the founder of the Barossa town of Angaston. This is a rustic, full-bodied red, with very ripe flavour, bold… Read More

There’s a biblical theme to the top Burge reds, with Meshach, Shadrach and Abednego (there was actually a Meshach Burge back in the day). Opening with a deep purple-red… Read More

Rockford’s retro winemaking methods result in fruit-driven reds with an old-fashioned kind of mellowness that’s cherished by legions. This blend has a bouquet of red liquorice and aniseed, chocolate… Read More

Hugo Gramp was not only head of the company but an industry leader when he tragically died in a plane crash. A commemorative brand that began with a Coonawarra… Read More

Serafino’s chief winemaker is Charles Whish, who gave many years’ service to Rosemount back in the ’90s when it was prominent in McLaren Vale. Its wines offer consistently reliable… Read More

In Praise of Shadows, l’Ombre Grenache/Mataro/Shiraz 2020

‘Minimal intervention’ and ‘lo-fi’ winemaking are the buzzwords here. The winery name references the idea that beauty lies not in the thing itself but in the play of light… Read More

John Duval and his son Tim are making superb Barossa reds in a style that is happily different from that of John’s former employer, Penfolds. This Grenache-driven blend is… Read More

Jason Schwarz is one of the many artisan winemakers doing good work in the Barossa. His wines successfully navigate the line between accessibility and age-worthy structure. This has a… Read More 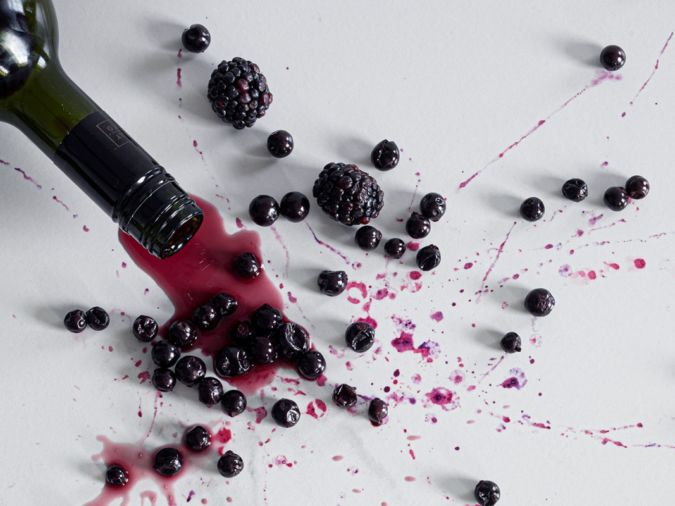 by Adam Lechmere and IWSC experts 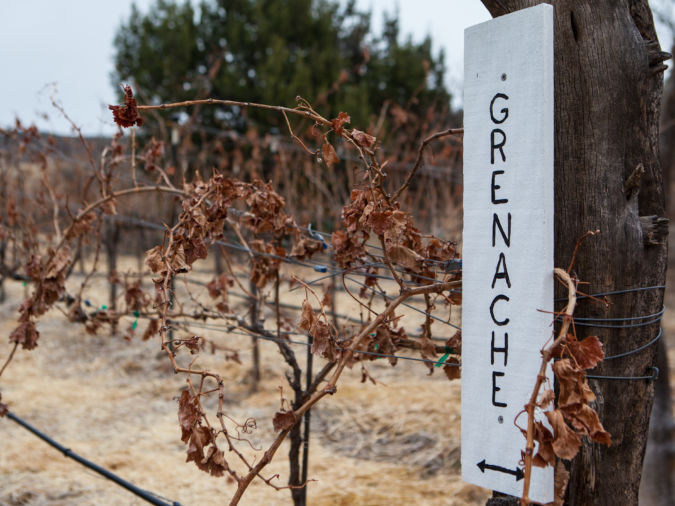 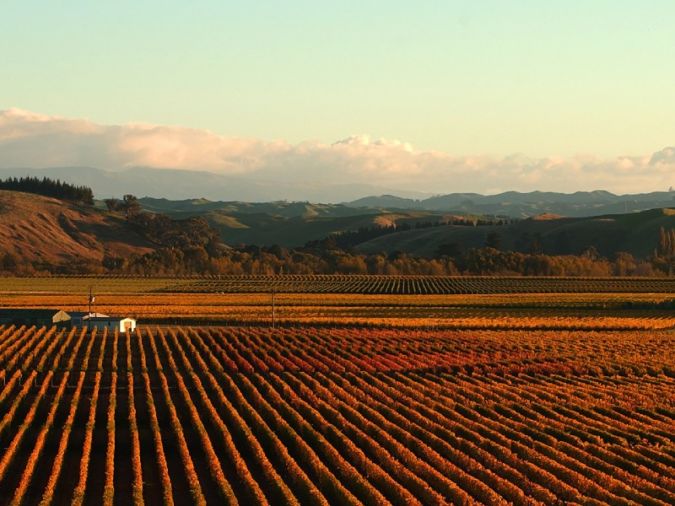