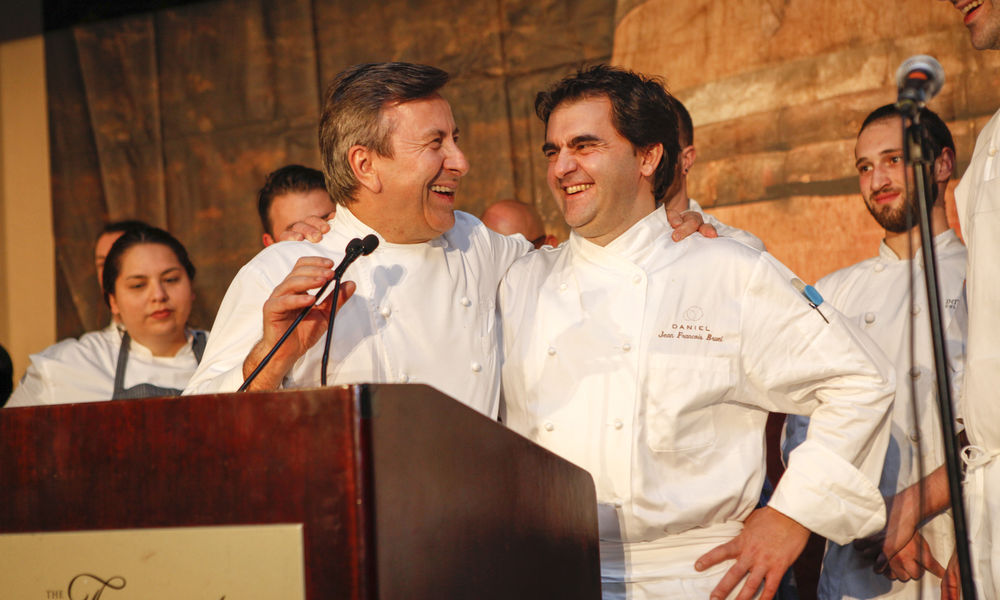 La Paulée is a series of events celebrating the wines and winemakers of Burgundy, alternating yearly between New York and San Francisco. The event takes its name from the traditional post-harvest celebration, La Paulée de Meursault, where guests and winemakers bring wines to share with each other. La Paulée has been called the world’s largest BYO celebration.

La Paulée's 20th Anniversary World Tour is crossing the river to Brooklyn. The event will be hosted by chefs Frank Castronovo & Frank Falcinelli ("The Franks") and Wine Director John Burns Paterson for a convivial summer Burgundy BYO in the Franks' garden. In true Paulée fashion, guests are invited to bring Burgundies from their cellars to share with friends both old and new.
Book Now